The Tate gallery in Rome and the luxury limousine services 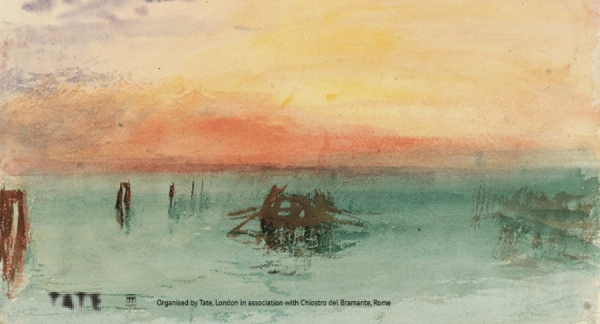 The Tate Gallery in Rome, a pan-European union that knows no Brexit, a formidable artistic exchange, an ideal chance for luxury limousine services in Rome. Uncover the optimal way to enjoy an excerpt from the London Gallery in the surroundings of the Capitoline city.

The Cloister of Bramante will host the works of Joseph Mallord William Turner (London 23 April 1775 - Chelsea 19 December 1851) Kindly lent by the Tate Britain until 26 August 2018. There is nothing more exciting than making the most of the last month of the exhibition arriving straight in the centre of Rome on our luxurious limousines and take an ideal walk around Europe in the context of the beautiful cloister and, why not, sip an Italian aperitif in the cool environment.

With our limousine, you can reach the exhibition and relive the Europe that created bridges and not barriers, the age of the Grand Tour when the British artists left to show their works across the continent, often after having stayed there for long periods of time in order to explore new landscapes.

With our luxury limousine services in Rome you will find yourself enchanted in a corner of London, the Tate Gallery: it was one of the first (perfectly successful) examples of a combination of private patronage, that of Mr Henry Tate, and public efficiency with the exclusive intent to collect the most representative works of the British art.

Nowadays it would be more correct to name it museum complex given that under the name Tate fall well 4 museums:

This museum complex is a demonstration of the natural and formidable interaction between the "old continent" and the United Kingdom, an interaction that at the time was strongly questioned by the Brexit.

Turner travelled widely around Europe and painted the most beautiful places: Venice and its lagoon, Naples and above all Rome ... It will, therefore, be up to you to visit Castel Sant'Angelo using our limousine with driver and then appreciate it through the eyes of the Artist in the painting that portrays it. Indeed, the curator David Blayney Brown himself asserts that visiting the exhibition feels like looking at the painter from behind while working.

It is here where the beauty of this event lays, the paintings are part of the most intimate collection of the artist, works created for his beloved and that best express the feelings and memories of the man Turner. You will uncover his mastery in painting light, be it from the Swiss Alps, the Rhine valley or the most beautiful Italian cities.

So, do not be surprised if you feel a sense of familiarity, just as if you were along with the artist through the streets of Rome, Naples or Venice... Clearly in a luxurious limousine with all the comforts!

Thanks to our luxury limousine services you can travel through these places, symbol of the union of 2 cultures that have made Europe great: The Tate Gallery and the beautiful setting of the Cloister of Bramante in the heart of Rome.

To conclude with a funny anecdote: Turner already had a private exhibition in Rome in 1828, but his technique was not understood because it was too avant-garde. The success of this exhibition can, therefore, be considered a sweet posthumous revenge.

Tagged under
back to top