Trajan, Europe and the Car rental with driver in Rome 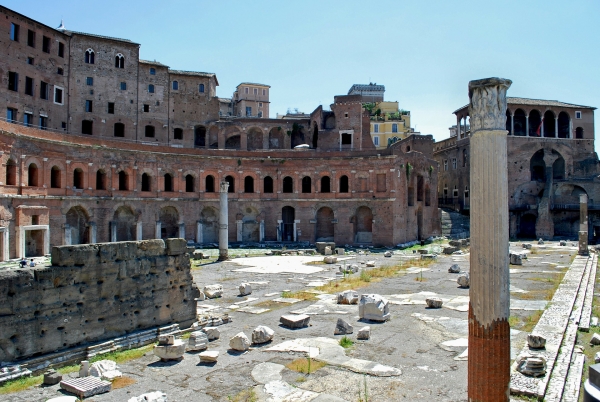 Rome and the heritage of European institutions, car rental with driver to reach the exhibition "Trajan, Building the Empire, creating Europe".

The exhibition, which will be hosted at the Trajan's Markets until november 18, 2018, allows to revive the historical and cultural events gravitated around the Emperor Trajan, one of the outstanding personalities who have made great Rome and who have given so much to the law, to history, to the grandeur not only of Italy, but also of Europe.

Marco Ulpio Nerva Traiano, remembered as the Optimus Princeps, was the proponent of the greatest extension of the Roman Empire between the first and second centuries after Christ and therefore recognized by historians as the forerunner of the idea of Europe. Just think that after him the senators began to greet the new emperors with the wish "be more fortunate than Augustus and better than Trajan", just to underline how much the latter had done well for his people.

Car rental with driver in Rome to visit the Trajan exhibition

Until mid-November, therefore, there will be an opportunity to visit the Trajan's Markets to discover such greatness and, along the Imperial Forums, to investigate the motivations, ideas and abilities that inspired the premises for what we now call the European Union.

Probably, many senior European officials would gladly come from Brussels and from all parts of Europe, landing at Fiumicino airport, to learn from Trajan how to treat Europe, the one who created its foundations.

And after all, visiting this exhibition will be almost like living in the times of the Emperor, in fact visitors will be able to immerse themselves in that flourishing time thanks to the technology available: if to get to the Markets of Trajan you will use the limousine, once there you will continue to "move" through the first century after Christ thanks to augmented reality!

The Capitoline Superintendency has focused a lot on new multimedia technologies, involving avant-garde partners from Great Britain, Spain, as well as the ICT Division of ENEA's Energy Technologies Department within the CO.B.R.A. (Conservation of Cultural Heritage, with the application of Radiation and Enabling Technologies).

In short, an experience not to be missed by living with the punctuality and seriousness offered by those who make car rental with driver in Rome its core business.